Due to COVID, Singapore only allows travelers in if they’re coming for work, or are Singaporean citizen – with a handful of exceptions. Even if you can’t visit right now, it’s a good idea to get familiar with Singapore’s laws, so you don’t accidentally run afoul.

While Singapore is famous as being the cleanest, greenest, and wealthiest city in Southeast Asia, many travelers don’t realize that this is thanks in large part to incredibly strict laws. If you follow their rules, exploring this island/city/country is a fabulously rewarding experience! So read on to make sure you know how to keep out of trouble in Singapore!

How strict are they?

Let’s just say they’re strict. While you might not get hit with the harshest penalty, chances are if you blatantly violate their laws something will happen. The majority of the laws are focused on cleanliness and public order, so just act like you’re trying to impress your grandparents.

Here are some fineable offenses in Singapore:

And this list is just common public offenses – there are other laws to maintain order in your private life. If you’re seen nude in your own home, that’s indecency. And god forbid you have drugs in your system. This is treated the same as bringing them into the country, so if you fail a drug test you could face jail time, regardless of if you actually did the drugs in Singapore.

No Food or Drink on Public Transportation 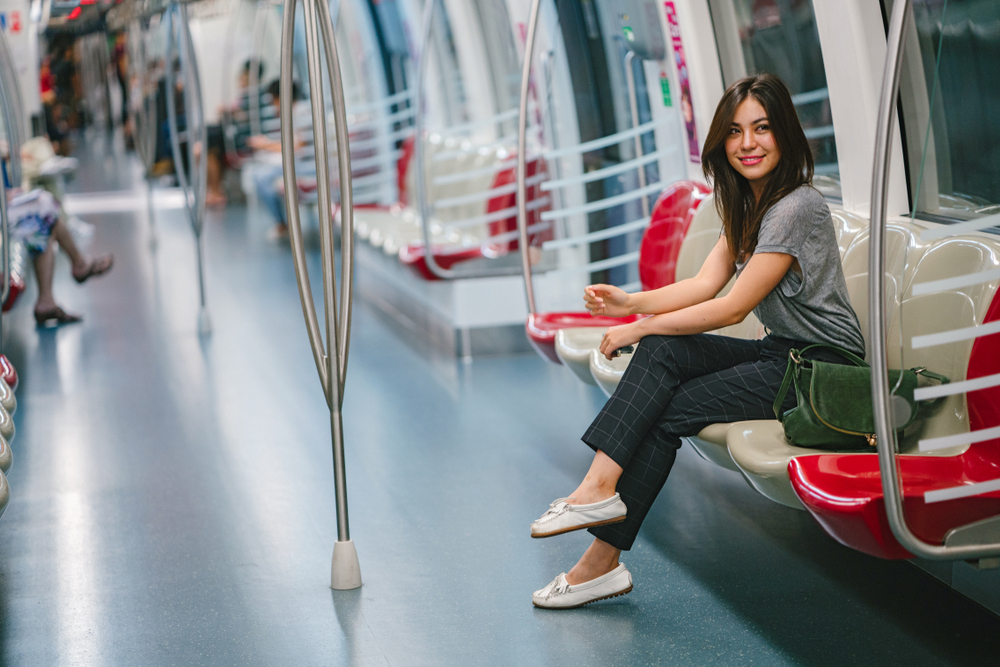 Singapore’s exceptional MRT train system is clean for a reason: no food or drinks of any kind are allowed. You can’t even even chew gum (which is itself a sticky subject – see below). This rule is strictly enforced, with CCTV and public officials vigilantly watching for law breakers. The fine can be a whopping 500SGD, and really, with such an efficient transport system and exceptional food scene, there’s no reason to debase yourself by eating in the MRT.

While it’s a popular misconception that chewing gum is illegal in Singapore, bringing gum into the country is prohibited. Gum can only be purchased from a dentist or pharmacist after you’ve proven you need it for health reasons (remember, nicotine gum is illegal). They’ll also record your personal details. So while gum isn’t illegal per say, notice many places, like the MRT system, are “Gum-free zones”.

Singapore probably has stricter litter laws than you do in your house. Not only is it illegal to drop trash, but spitting, spitting out gum, and even tossing food to the pigeons can result in fines up to 2000SGD! Basically, just don’t leave anything on the ground or you’re sure to attract unwanted attention from public officials.

While smoking abounds in most of Southeast Asia, you’ll find this vice isn’t very common in Singapore. Cigarettes are exceedingly expensive here – and they don’t have any duty-free allowance, so you’ll be hit with a hefty tax if you try to bring any cigarettes into the country (even an open pack!). Don’t try to sneak them in undeclared either – luggage is scanned and there’s a 200SGD fine if you’re caught. The city has also made it incredibly inconvenient to smoke – it’s illegal to smoke indoors, on covered walkways, pedestrian bridges, within 15 feet of bus stops, and on most patios. If you don’t see a permanent ashtray, don’t try it.

While they’ve made smoking inconvenient, every other source of nicotine is explicitly banned. So forget about bringing in electronic cigarettes, chewing tobacco, or even nicotine gum and patches. It does make for a good way to quit cold turkey.

Alcohol is pretty expensive in Singapore, but travelers do get a duty-free allowance for up to three liters of alcohol (on certain conditions).

First, it’s only allowed in one of these possible combinations:

You also must be at least 18 years old and have been outside of Singapore for at least 48 hours. The part that catches most travelers is you can’t bring alcohol if you’re arriving from Malaysia. You’ll notice that only 1 liter of spirits is permitted – try to bring in more and you’ll need to go through the Red Channel and pay a steep duty tax or risk an even steeper fine.

Singapore had the harshest drug laws in the world up until 2016 when the Philippines took the title with their deadly Drug War. You don’t have to be a heavy, or even recreational, user to run afoul in Singapore. You can still end up in hot water if you have take your own prescription medication before your flight. Police have the right to demand random drug tests, and anything in your system is treated as being ‘in your possession’. Meaning fail a drug test and you could be fined or imprisoned.

The potential $10,000 fine/10 years in prison for trace amounts of narcotics looks like a slap on the wrist compared to what’s doled out to drug smugglers: they face the death penalty, or if the judge is feeling merciful, life in prison (an option only added in 2013).

Though harsh, these laws work. While the US is being ravaged by an opioid epidemic, only about 0.005% of Singaporeans use opiates (or cannabis for that matter).

Pornography is illegal in many countries in Southeast Asia, but Singapore is by far the most conservative. Along with the usual smut, magazines depicting women in bikinis or other revealing attire, and even mature video games are banned. Moreover, the authorities can seize your phone, computer, any other electronic storage device at any time to search for prohibited files – including cookies or temporary files in your browser cache.

Singapore’s anti-piracy laws are equally harsh, and if your electronics are seized, you could be asked to prove ownership of your media or be busted for piracy. 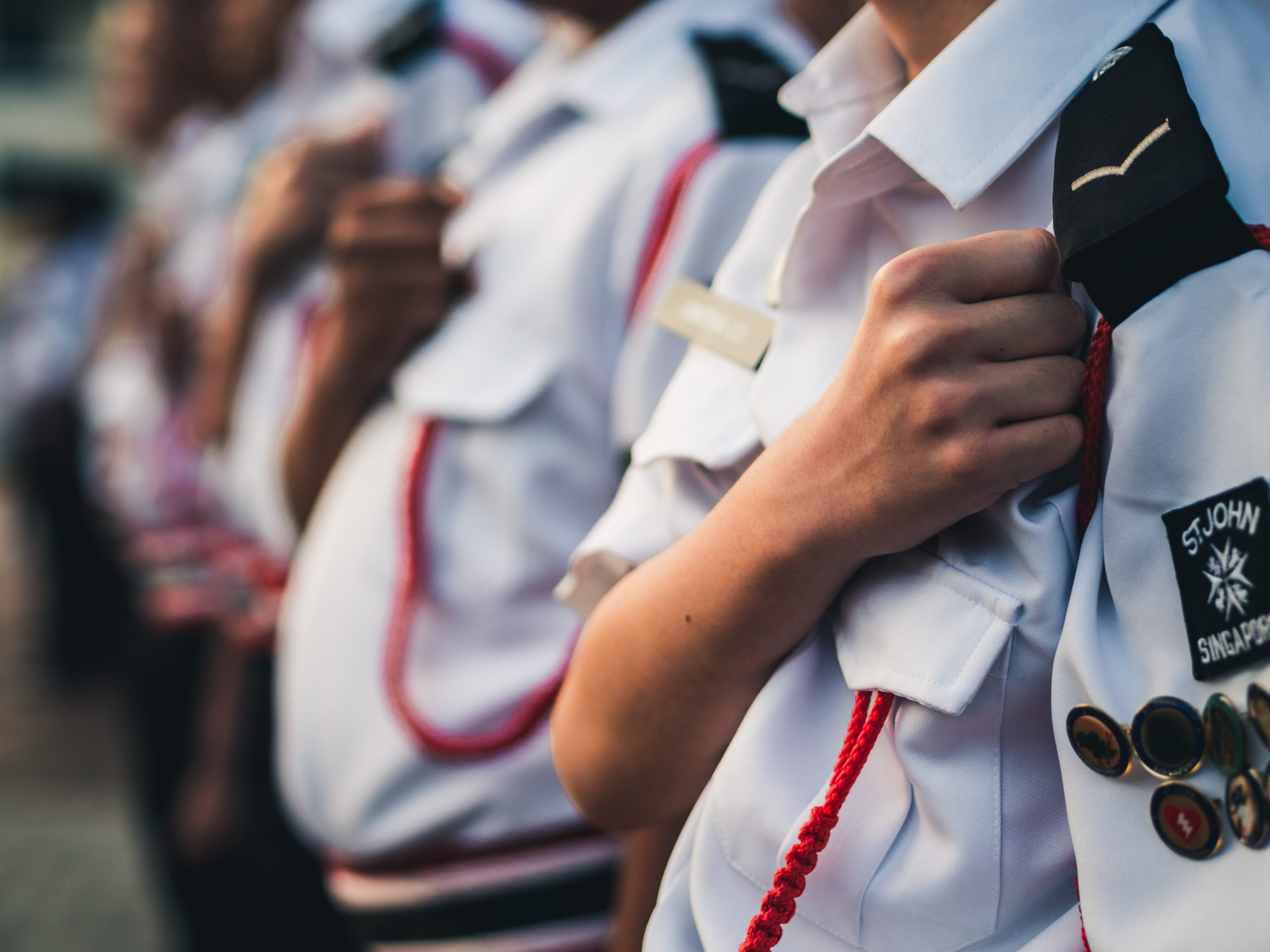 Just don’t. The Singaporean government keeps a close eye out for any criticism, including on social media. Yes, Singapore’s laws are strict, and the government has even been called out by the UN for human rights issues related to freedom of expression, but government involvement is also why the city is so clean. So instead of criticizing (seriously, don’t), appreciate what the government has done for the city.

All Clear with Customs

If you’re already on your way to Singapore and freaking out about your bag full of contraband, don’t panic. Singapore is aware that its rules are strict, so they give visitors the opportunity to straighten themselves out. You can throw out anything that might be suspect before getting into the customs line. If you aren’t certain, go through the Red Channel and declare everything you’re carrying. The officers are generally understanding and will simply confiscate any contraband. If get caught with contraband in the Green Channel, you’re in for a bad time and a steep fine.

These rules shouldn’t put you off visiting! Singapore is an amazing city with a wealth of sights (the skyline is just the tip of the iceberg!) and cultural attractions. If you’re planning on traveling from Malaysia, check out our guide on how to get from Kuala Lumpur to Singapore.