As one of the oldest countries in Europe, Italy is steeped in history. The south, just a stone’s throw from Rome, and a former superpower in its own right is a region that is packed with ancient ruins, monuments and cities.

From the infamous Pompeii to the best-preserved Greek temples in Europe, in just a few days you can experience thousands of years of history. Despite their importance, public transport to these sights isn’t always easy. But by taking a private car with Daytrip, you can easily travel door-to-door, visiting historic sights along the way! 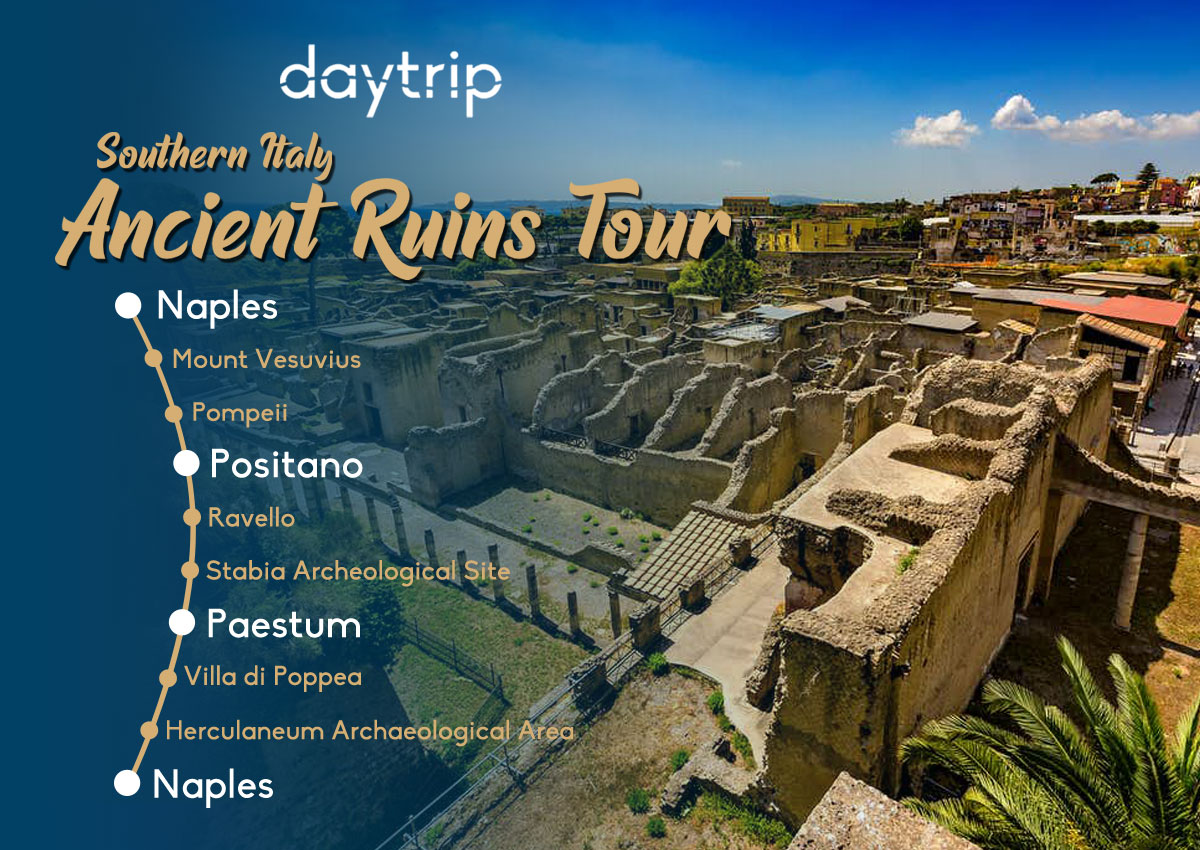 Your tour starts with a trip to Amalfi’s jewel, Positano. First, we’ll take you to Italy’s most famous volcano before visiting the ancient Roman city it infamously froze in time. 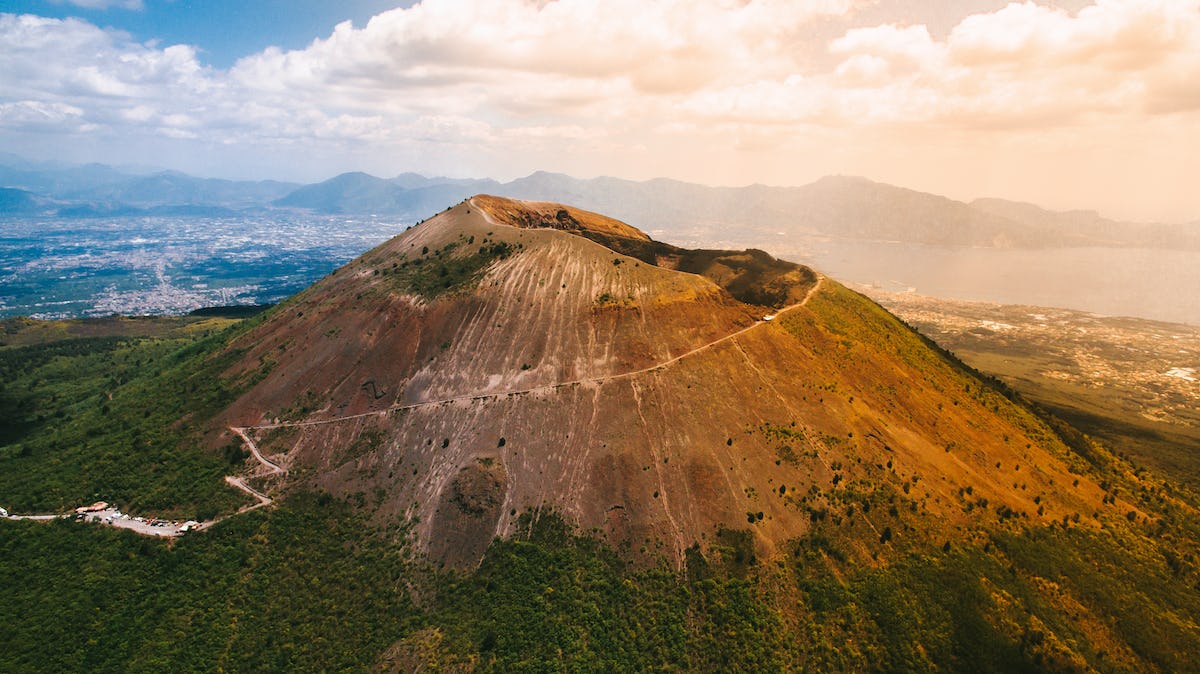 Mount Vesuvius is Southern Italy’s most famous natural attraction. Its name is synonymous with the fateful eruption in 79 AD that buried the Roman cities of Pompeii and Herculaneum. Today, Mt. Vesuvius is a national park where you can walk right to the rim of the giant crater created by the disastrous eruption. Take two hours to hike around the top, where you’ll experience a stark moonscape as well as epic views of the Bay of Naples! Just remember… Mount Vesuvius is still an active volcano! 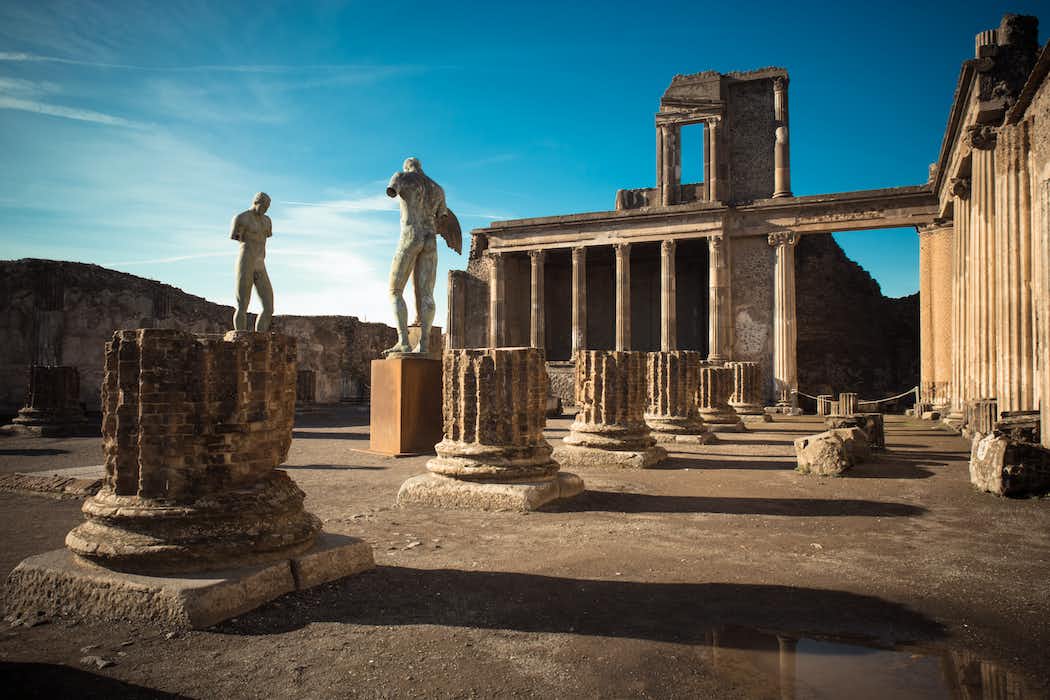 From the volcano, to its victim, your next stop is the ancient Roman city of Pompeii. Prior to the eruption in 79 AD, it was a thriving city. But Vesuvius’ eruption buried the city beneath volcanic ash and debris, freezing it  in time. Now, you can walk down the streets, peering into houses, shops, baths, and temples for a glimpse into the life in ancient Rome. Two hours offers a great taste of the city, but the ruins are vast, so we recommend you plan your visit in advance or hire a guide. 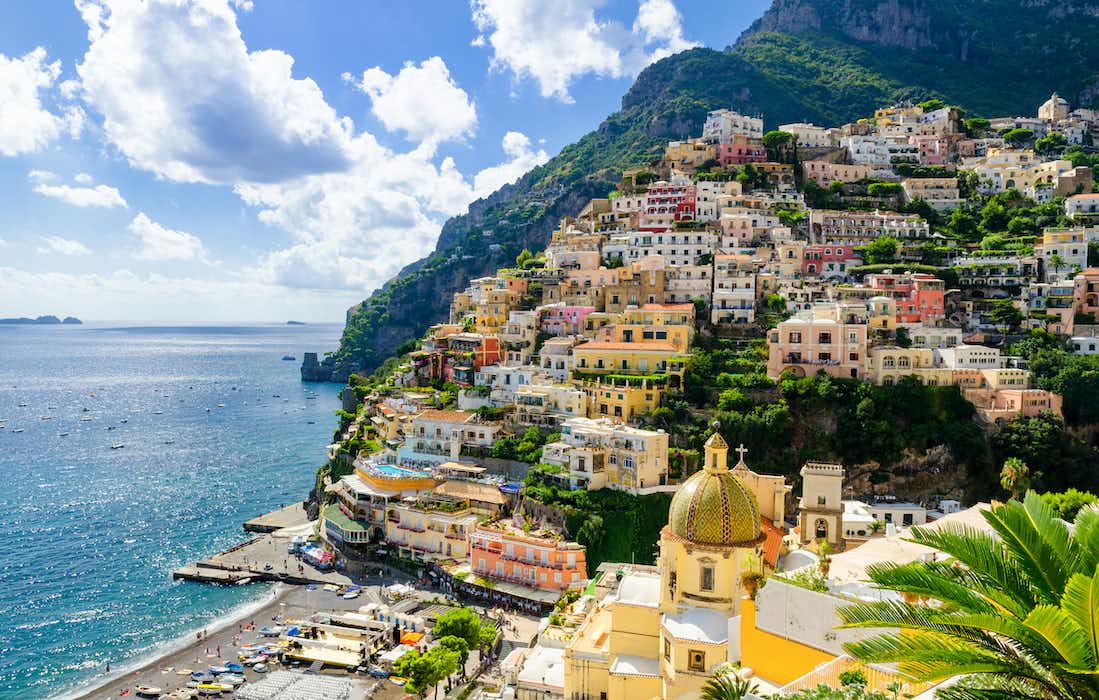 It is hard to put into words the beauty of Positano. Its colorful houses clinging to dramatic cliffs have become the very image of the Amalfi Coast and are featured in almost every Instagram post, blog and article you read about this dreamy coastal route.

Extravagant villas and five star hotels are a favourite amongst Positano’s celebrity guests, and you’ll most likely spot some jaw-dropping luxury yachts on the harbour. The town’s steep, narrow streets are magical, lined with interesting boutiques and independent restaurants. All of these lead down to the beach where you can literally bathe in the town’s beauty.

With its reputation as a dream destination, it’s easy to forget Positano’s roots. A 2000-year-old port town, it was a poor fishing village up into the 20th century when John Steinbeck brought it to the world’s attention. The Church of Our Lady of the Assumption stands as a reminder of the town’s proud history. Much of the current structure, including the colorful tiled roof dates back to the 18th century, but the church’s foundations are much older. It’s said to date back to the 10th century when a Byzantine Black Madonna was found here – an icon still on display in the church today.

It’s time to tear yourself away from the beauty of the Amalfi Coast and head from Positano to Paestum, for some of the best-preserved Greek ruins in Europe!

When it comes to history and beauty, it’s hard to beat Ravello. Spend 90 minutes at this hilltop town perche 365 meters above the Mediterranean. The 13th century Villa Rufolo is a must-see, with Arabic-influenced decor and lush, colourful gardens that inspired Wagner for the garden of Klingsor in his opera Parsifal. 11th century Villa Cimbrone is Ravello’s other gem, with an English-style garden leading to the famous “Terrace of Infinity”, which Gore Vidal described as the most beautiful place on the planet. 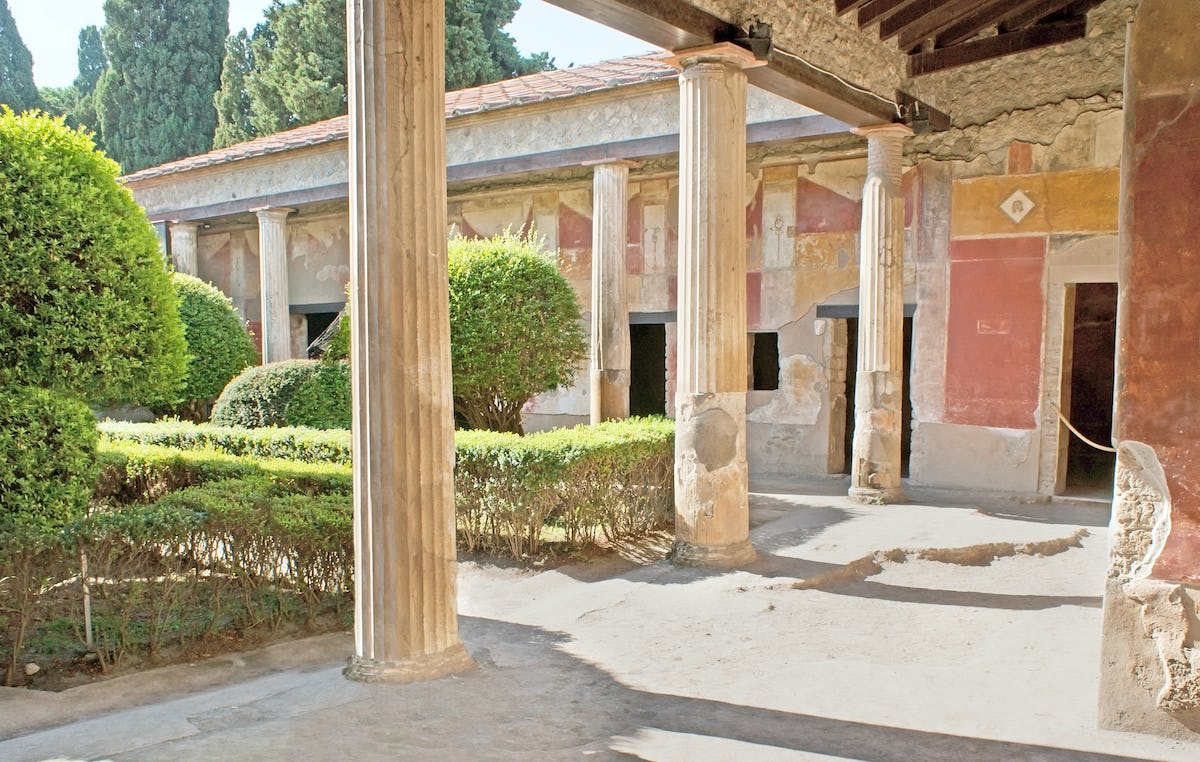 Stabia was founded as a small port town around the 8th century BC, but was completely destroyed by Sulla in 89 BC. The Roman elite, taking notice of its desirable location overlooking the Bay of Naples, re-established it as a resort town. But this prestigious settlement lasted under a century – it was buried in volcanic ash when Mt. Vesuvius erupted. Stop for an hour to see the 2 luxury villas showcasing exceptional frescoes, grand columns and lavish baths.

Once a major ancient Greek city, today, Paestum is a UNESCO World Heritage Site boasting the best-preserved collection of ancient Greek temples in all of Europe.

The three famous temples here were built between 550 and 450 BC. Two are dedicated to Hera (though one was long thought to be dedicated to Poseidon), and one to Athena. Despite being 2500 years old, they’re in such good shape that you can still walk through two of the temples!

The archaeological zone is complete with a museum that’s filled with archaeological displays, interesting artefacts and funerary frescoes. Most famous is the iconic Tomb of the Diver.

Book a private car from Positano to Paestum

After Now we’re taking you back to Italy’s pizza capital, the wonderful city of Naples! 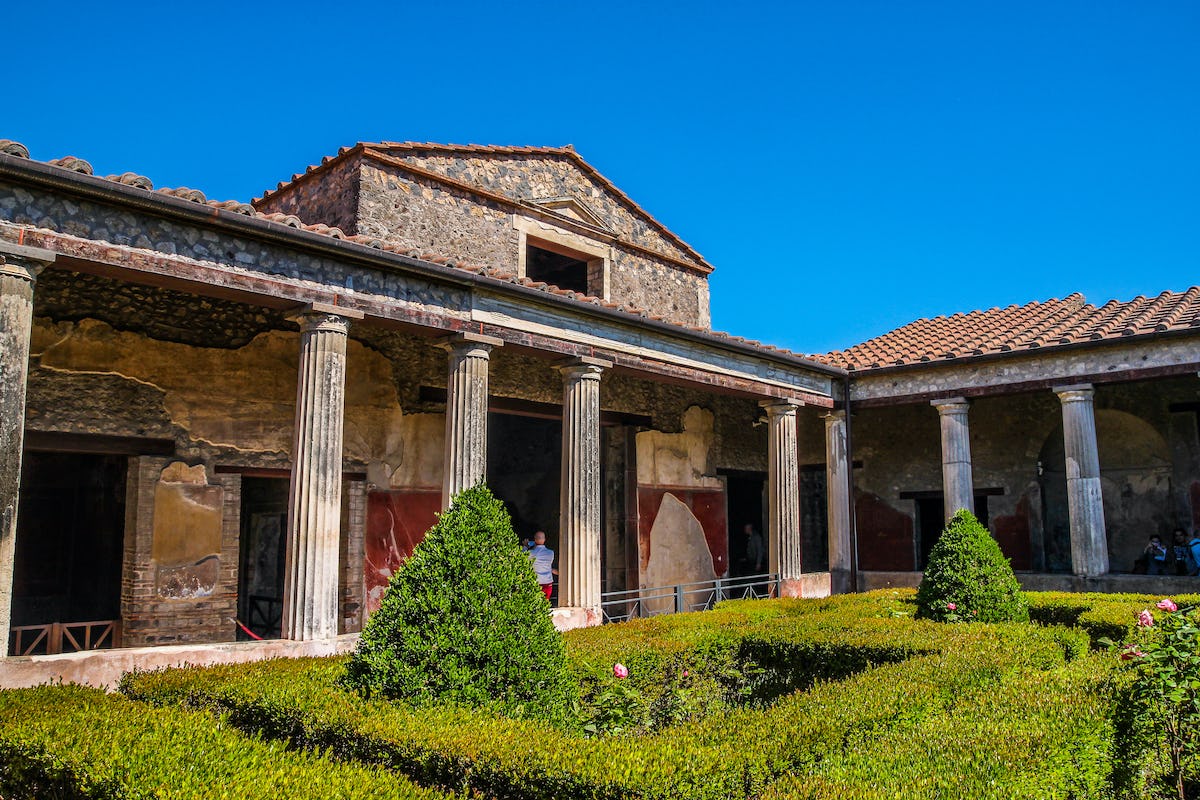 Another victim of Vesuvius’ eruption, Villa di Poppea was discovered in the late 1500’s during the construction of the Sarno Canal. Excavation didn’t begin until 1734, but it revealed an opulent abode fit for royalty. In fact, all the evidence points towards Emperor Nero’s second wife Poppaea being the owner. That is, until he killed her. Take 75 minutes to wander the manor and marvel at the stunning statues, mosaics and frescoes. 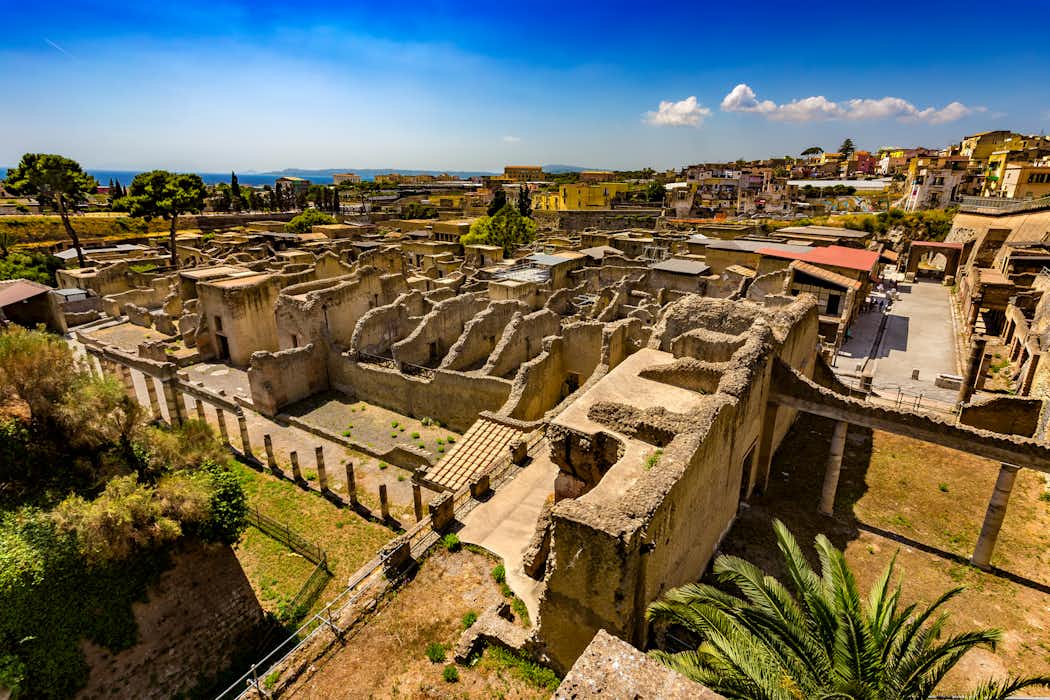 When it comes to archaeological sites in Southern Italy, Pompeii gets all the attention. But its sister settlement of Herculaneum offers a similar taste of history in a bite-sized package. Established in the 6th-7th BC centuries, Herculaneum was an affluent town with a population of around 4000 before it was buried by the eruption of Mount Vesuvius in 79 AD. You can explore pretty much the entire excavated area in about 2 hours, peering into the buildings to see everything from mosaics to fossilised remains of the city’s inhabitants. 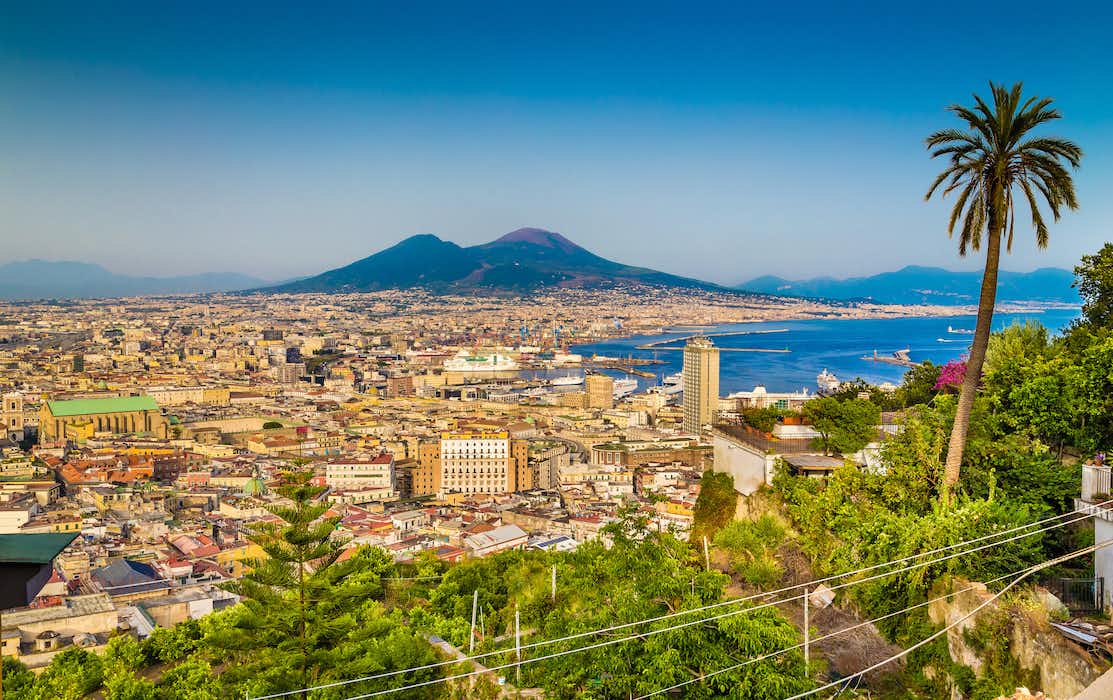 You’ve arrived back in Naples, Italy’s third largest city and one of the oldest in Europe. While the port is modern and gritty, the historic center is considered by many to be one giant open-air museum.

Listed as a UNESCO World Heritage Site the Old Town is awash with stunning palaces and museums. It’s dominated by the Castel Nuovo, a medieval castle built in the 13th century that dominates the view of the Bay of Naples. After having visited Pompeii and Herculaneum, you can’t not visit the Museo Archeologico Nazionale, where you’ll find ancient artifacts from the ancient cities.

The Duomo dei Napoli, or Naples Cathedral, was originally built in the 14th century and has undergone numerous reconstructions and renovations. As a result, it displays fine examples of a mix of architectural styles, including Renaissance, Gothic and Baroque.

Overall, there are more than 400 churches in the historical center, along with 3 castles and 2 royal palaces. If that’s not enough to entice you to explore, we can’t talk about Naples without talking about food.

One of our favourite things about Italy is the food, and Naples is a world class destination for pasta, coffee, and of course pizza. Did you know that Naples is the birthplace of the world’s favourite comfort food?! There are countless pizzerias in town and it’s pretty easy to find the perfect slice.

Naples is also known for its fine Italian coffee and sfogliatella (or lobster tail, in English), a pastry that originated in the Campania region and is a favourite with locals. Buon appetito!

Book a private car from Paestum to Naples

Ready for your tour of Southern Italy’s Ancient Ruins?