If you ever wondered how Gabriel García Márquez’s imaginative style came to life, you have to experience his native Colombia.

Gabriel García Márquez, affectionately known as “Gabo”, was born in Aracataca in 1927. In his writing the author drew heavily on childhood nostalgia, townsfolk’s tall tales, and surreal incidents he came across as a journalist. His style became known as magical realism, where the fantastical becomes a normal part of everyday life. Gabo himself, however, suggested that the extraordinary elements of his works were, in fact, rooted in reality. The bizarre reality of the Caribbean, that is. For a period of time, Colombia even adopted a tourism slogan “Colombia, Magical Realism” embracing its idiosyncrasies.

What better way to fall in love with the spirit of Colombia than through the works of its greatest son? Tour the vibrant and eccentric towns that inspired One Hundred Years of Solitude, Love in the Times of Cholera, and The Leaf Storm with Daytrip! 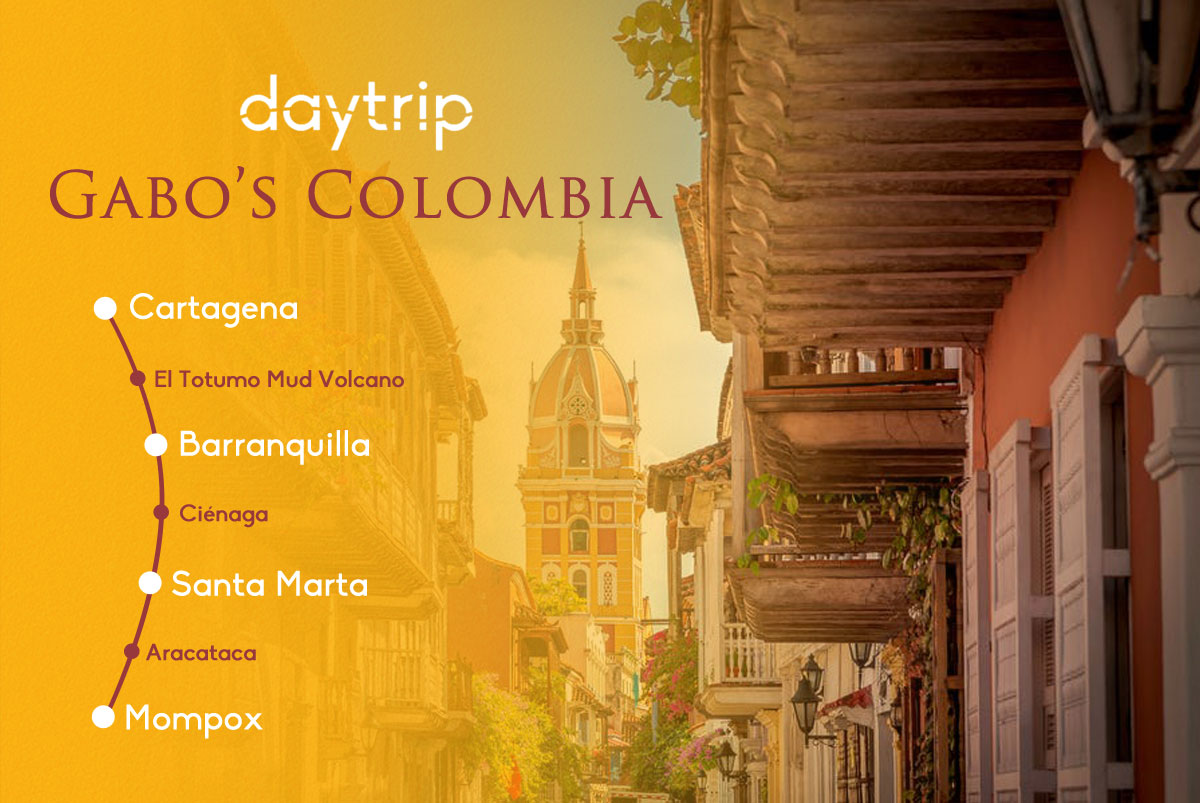 It would be wrong to start a Gabo tour anywhere other than Cartagena. He began his writing career here in 1948, and it is here where his ashes were finally laid to rest in 2016.

An old colonial city bursting with character, Cartagena became indispensable to Gabo’s writing. He once said that “loose threads” of the city were traceable in all his books. Cartagena’s temperament is undeniably recognizable in the novels Love in the Times of Cholera and Of Love and Other Demons. Take one of the many Gabo tours around the city to spot all the fictional and non-fictional places related to the Colombian!

After, roam the UNESCO-listed Old Town a bit more. Its winding passages, colorful architecture, and 16th-century fortifications will leave you in awe. Make sure to stop by the impressive Palace of the Inquisition and San Pedro Claver Church, while you’re at it! No matter what, visit the Castillo de San Felipe de Barajas – perhaps the mightiest Spanish fortification outside of Spain.

After taking in the beauty of Cartagena, follow the Caribbean coast all the way to Barranquilla. 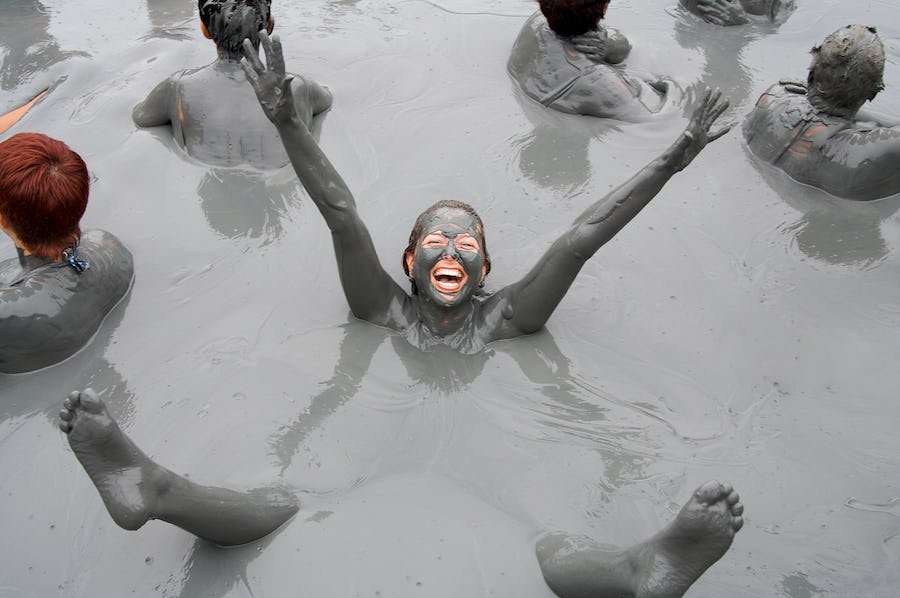 Although not related to Márquez, stopping at this natural spa for 90 minutes is something that could easily have appeared in one of his books. Just like its name suggests, naturally heated mud fills the basin at the top of this hill! Locals say the volcanic mud possesses healing and restorative properties. Bathe in one of the naturally heated pools, wash it off in a nearby lagoon, and if you’re up for it, get a relaxing massage right on the spot! 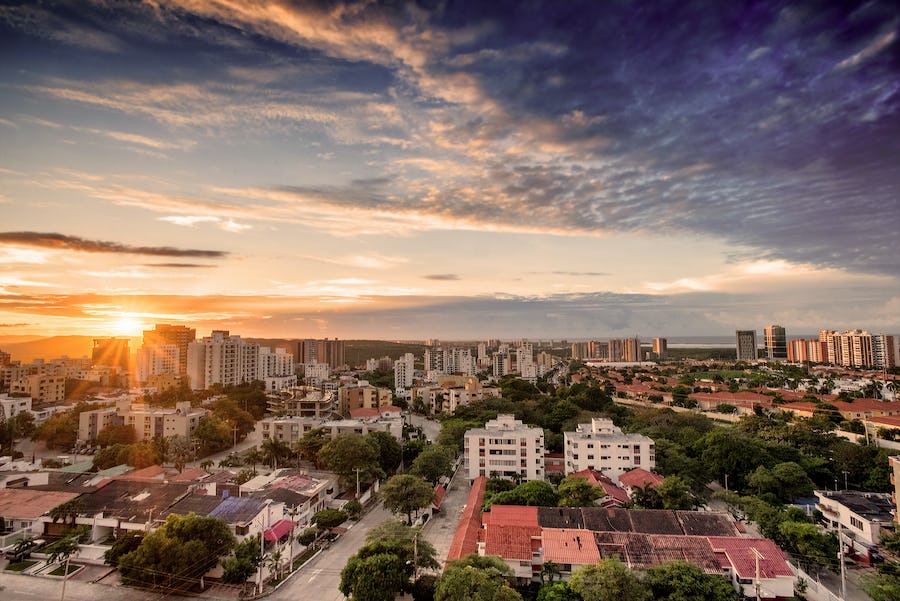 This buzzing industrial city became Gabo’s new home when he moved here in the 1950s to focus on journalism. He quickly joined the so-called ‘Barranquilla Group’, which consisted of journalists, writers, and philosophers. Its fictional version is depicted as “four friends” in One Hundred Years of Solitude. The group gathered in La Cueva bar, so a visit should definitely be on your to-do list! Only able to afford a room above a brothel, Márquez spent his time in Barranquilla working for El Heraldo newspaper. The Caribbean Museum recreated Gabo’s office from those days. Pay a visit for that, and its fascinating collection that provides a thorough look into the history and culture of coastal Colombia.

One of the biggest cities in Colombia, Barranquilla is often called Colombia’s Golden Gate for its large port. Explore the city center along the Paseo Bolivar, check out Queen Mary Cathedral, and then head to Castle of San Antonio de Salgar for stunning views! Best time to visit Barranquilla is during its UNESCO-listed carnival when the city explodes with even more color, music and culture.

Book a car from Cartagena to Barranquilla

After spending time eating, drinking and dancing, travel from Barranquilla to Santa Marta. 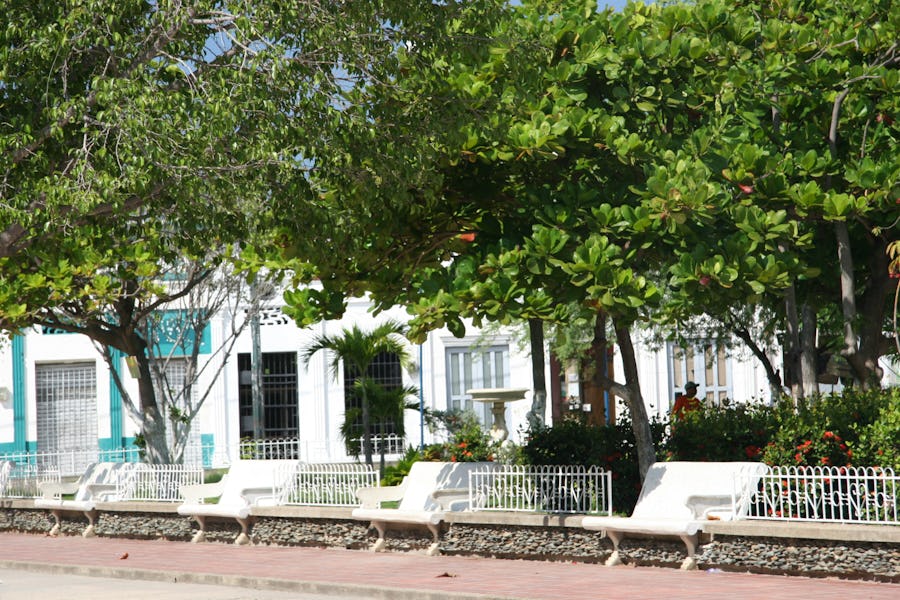 Largely dependent on the banana industry, Cienaga gained international attention in 1928 when the military was sent to break up a strike of United Fruit Company workers. The troops shot dead an unknown number of workers in an event that became known as the Banana Massacre. Márquez wrote about shocking effects of the industry on the region in The Leaf Storm and later on depicted the massacre in One Hundred Years of Solitude. Take 90 minutes to wand along streets lined with mysterious mansions and colonial churches line the streets of Cienaga. 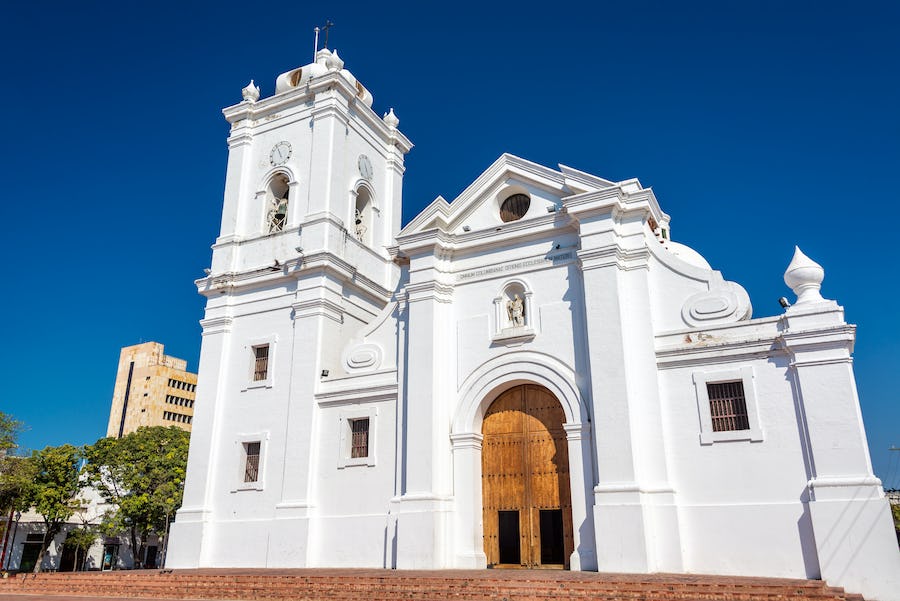 Founded by the Spanish in 1525, Santa Marta was their first settlement in Colombia. It’s currently the second oldest surviving colonial city in South America. Take a walk through the historic old center to admire its well-preserved colonial architecture. Find the elegant Santa Marta Cathedral, sit down for a snack in Parque de los Novios, and then head down to Tairona Gold Museum for its impressive collection of gold and pre-Columbian pottery.

In 1830 Simon Bolivar, hero of the Latin American Independence wars died here. For 12 years his remains stayed in Santa Marta until they were transported to his birthplace in Caracas, Venezuela. Quinta de San Pedro Alejandrino, where Bolívar spent his last days, is now a museum dedicated to his life and the independence movement. When you’re there make sure to stop by the Museo Bolivariano that showcases works by contemporary South American artists. The botanic gardens on the same property are also worth checking out!

Book a car from Barranquilla to Santa Marta

After the magnificent coastal views, you’ll head inland to the marshes of Mompox. 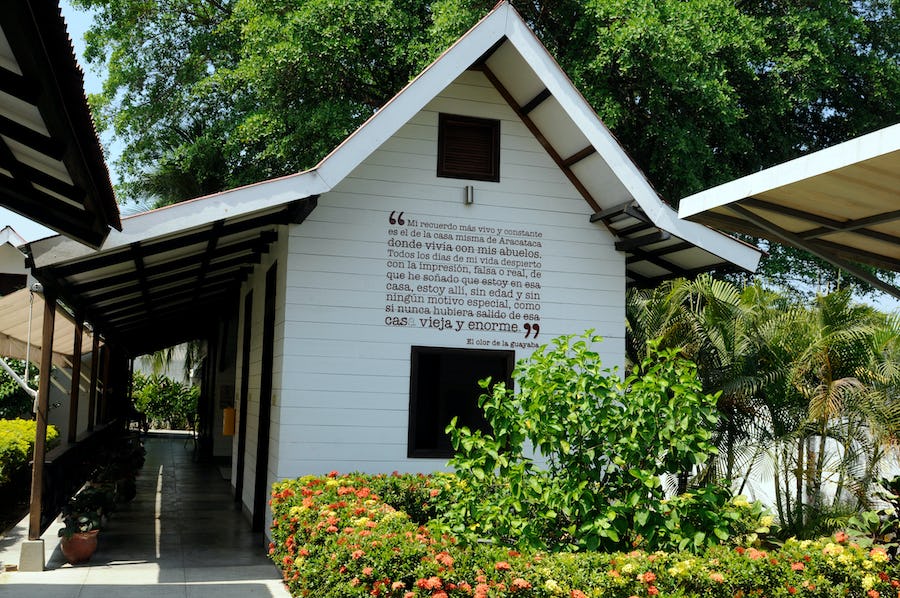 The moment you enter Aracataca for your 90 minute visit, you’ll see that Gabo’s hometown lives for his heritage. He spent his childhood here listening to his grandmother’s stories and superstitions that largely influenced his writing. Aracataca was a major inspiration for the fictional town of ‘Macondo’ in One Hundred Years of Solitude. Stroll around the town to spot several murals and statues associated with the writer and his books. Then go visit the house where the Nobel Prize winner grew up. After, head to Casa del Telegrafista where his father used to work. If you want to learn even more about Gabo’s childhood, you can always book one of the city tours with a local historian! 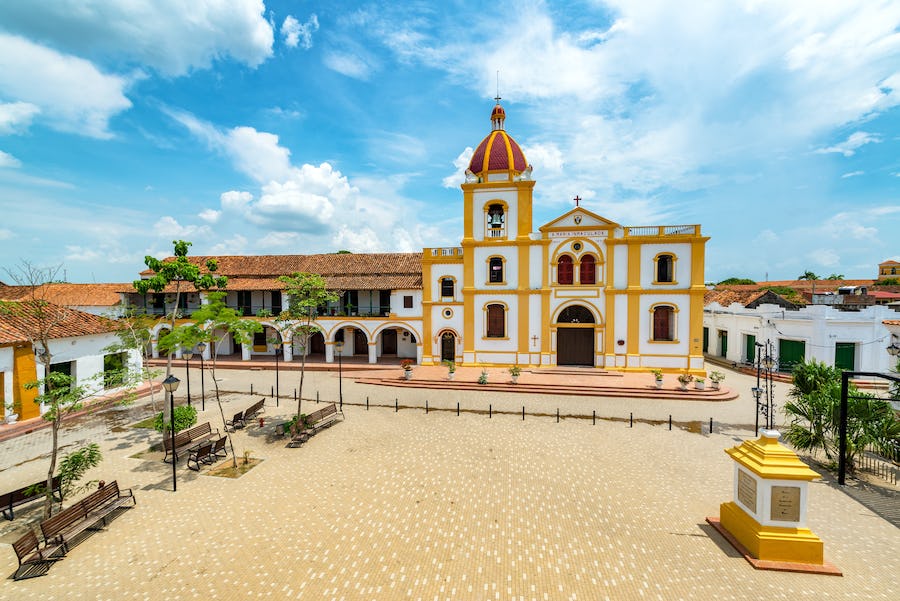 “Mompox does not exist, sometimes we dream of it, but it does not exist”, wrote Márquez in The General in His Labyrinth. The city’s dream-like qualities are indisputable. Surrounded by wetlands, Mompox was was only accessible by ferry until 2015. During the colonial rule, the Spanish rich used Mompox’s secluded location to their advantage. Urban tales say that some of their gold is still hidden around the city.

Seemingly frozen in time by its isolation, Mompox’ stunning architectural sites are now under UNESCO protection. The city’s colorful colonial churches, especially the Church of Santa Barbara, are worth paying a visit. Wander the streets to see the intricate ironwork that decorates windows and doors. Be sure to find the specialty of Mompox: artisan filigree jewelry. It’ll make for a perfect souvenir from the region! For your Gabo fix, book a canoe tour of the Magdalena river to see the magnificent nature that inspired his writing.

Book a car from Santa Marta to Mompox

If you can’t wait to experience the real magic of Gabo’s Colombia, you can book each leg of the trip below!